A sustainable future for all 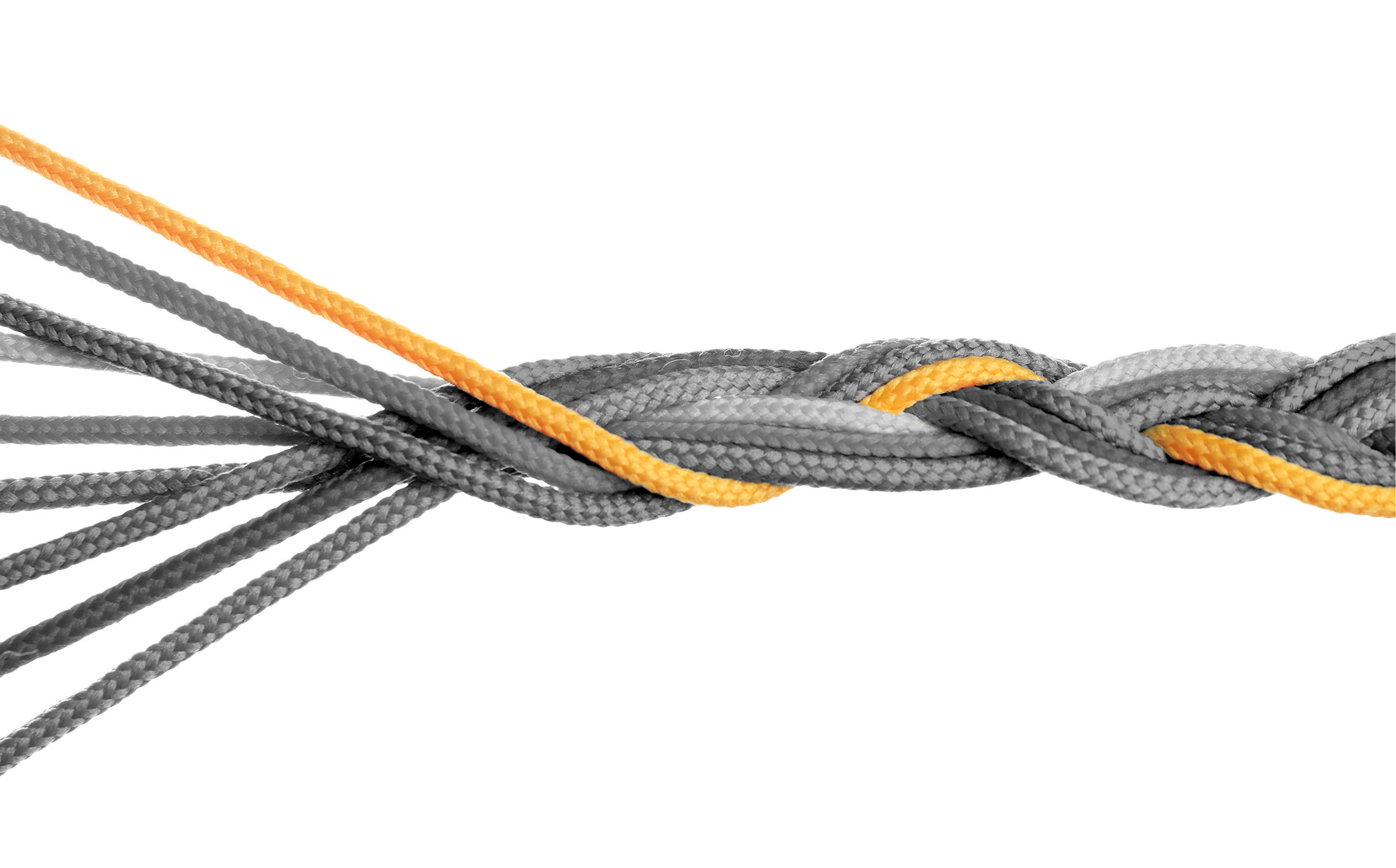 Since is foundation in 1916, Zona Franca has acted as an economic driving force for Barcelona, Catalonia and Spain, while also converting the city into an international benchmark for industry, business and logistics.

We have gone one step further in 2020 and incorporated compliance with the SDGs espoused by the United Nations into our philosophy; goals which represent a roadmap to alleviate the effects of climate change and to fight the against the main challenges facing society at present.

Sustainability — both environmental, social and economic — has served as a compass to guide our activity, developing all the mechanisms required to carry out actions that truly impact on the environment, on business and on our alliances.

«El Consorci de la Zona Franca de Barcelona (CZFB) has a key role to play in the development of the economy of Barcelona’s metropolitan area and in the transition towards an economy committed to innovation, technology, ecology and the generation of quality employment.»

The outbreak of COVID-19 saw us immediately get down to business, putting ourselves at the service of the city by establishing collaborations with different entities through our European High Technology Centre 3D Incubator to make up to 400 ventilators and 1,783 splitters that were distributed among Intensive Care Units suffering from shortages of apparatus for COVID-19 patients.

We continue to be a centre that creates jobs and attracts talent by managing incubators that provide start-ups with the ideal setting in which to prosper and transform our innovation and new technologies based economy. Firm steps have been taken to decarbonise the economy, allying our organisation with TMB to implement a hydrogen station in our industrial estate, promoting different initiatives to contribute to environment care, creating new greenfields and integrating a new, more sustainable industrial culture that co-exists with the Barcelona urban landscape.

Our commitment to the Sustainable Development Goals and the 2030 Agenda permeates our activity, our decision-making and our vision of the future. A more sustainable future for all.

The Zona Franca acts as an economic driving force for Barcelona, converting it into a benchmark in southern Europe, promoting as it does the region and investing in goods and services that boost development. Throughout 2020, we continued to generate economic and social value through lines of business that directly dovetail with our commitment to sustainability.

We have worked to good governance practices by taking initiatives against corruption and money laundering. To this end, we have drawn up several reports in recent financial years and given training about these documents to the management team.

Our Transparency Portal, which brings together our institutional, regulatory and financial documentation and information, serves as a channel of communication with the general public and provides them with any information they may require. Not to mention the publication of our Annual Corporate Report — both in hard copy and digitally — in three languages, which provides a detailed guide to our management and explains our projects.

Zona Franca is careful to avoid the use of mistaken information or misinformation aimed at manipulating its recipient so as to avoid unfair competition and to encourage responsible publicity.

Moreover, we protect the privacy of our users by strictly controlling personal data in application of European Parliament Regulation (EU) 2016/679 to avoid the disclosure or unauthorised processing of the same.

For the Zona Franca, economic stability must be tied to improvements in social conditions by driving economic activity. That is why we have regulated business actions so that management mechanisms are fairer and more transparent. Our work seeks to unite all initiatives of this nature with the fostering of economic activity, thereby linking it to meeting and aligning with the 2030 Agenda 17 Sustainable Development Goals.

As part of our commitment to the SDGs and the 2030 Agenda, it is essential to identify the main direct and indirect impacts our activity and that of the companies that operate from Zona Franca.

We have generated two systems for this purpose. Firstly, certification under the European EMAS Regulation, which identifies, pursues and proposes improvement targets to reduce and control the impact caused by Zona Franca activity. The following are just some of the areas in which we have enhanced our environmental effectiveness:

Its endeavours in 2020 have prioritised six particular work areas:

The 2030 Agenda and the SDGs do not only seek to stop climate change. Their scope of action goes way beyond this, focusing as they also do on such important matters as social sustainability.

Zona Franca promotes the recognition of rights and liberties such as equal opportunity, diversity and integration, paying particular attention to safety at work and mediation in possible conflicts of interest in work relationships between all collaborating actors.

Generating quality employment has been a key priority, particularly in such a complicated year as 2020 has been for many families. All the job contracts we signed were for permanent positions, but we have also tackled other key work issues, such as working-hours flexibility, work-life balance and different aids to make our employees daily labours that much easier.

We facilitate collective bargaining, offer continuous training and are firmly committed to the well-being of all those who form part of the Zona Franca family. Accordingly, we have signed up to the Luxembourg Declaration to integrate basic occupational health and safety principles. Moreover , we received a MC Mutual certificate that accredits our contribution to the drop in accidents a work, while also being certified under UNE-EN ISO 45001:2018 with respect to the occupational health and safety system in place at our organisation.

In addition to the awareness campaigns we have conducted on the importance of a healthy lifestyle, we have developed an occupational health and safety policy firmly based on the continuing enhancement of employees’ health and safety conditions at work, both with respect to our own employees, those of subcontracted companies and any other workers at the industrial estate.

Equal opportunities and respect for diversity continue to be battles that need to be fought day after day: obstacles that need to be definitively removed from the labour market.  Zona Franca is committed to women’s rights, to which end it espouses gender equality awareness and promotion initiatives.

In this regard, we have taken important steps such as the creation of the Zona Franca Women’s Council, a voluntary and consultative business body within which the Barcelona Woman Acceleration Week was developed, celebrating its first edition in March 2021.

Indeed, this key initiative in the management of equality and the presence of women in the industrial ecosystem received special mention by the United Nations Global Compact, which has included it in its best practices dossier 2020 with respect to gender equality.  This consultative council, the first of its kind, will contribute to tackling big gender equality issues and setting out the main lines of action.

We listen to our stakeholders

Since 2018, we have been conducting an analysis process to determine and attend to the expectations of our stakeholders, which also provides us with a useful tool to study the most important and material management aspects and results at Zona Franca.

This year we carried out a preliminary analysis of 41 material aspects and the importance they have for our organisation as well as our stakeholders with a view to sounding out our respective visions of social, economic and environmental sustainability to enable us to take a deeper look at the future and better engage with our external stakeholders.

In our sample materiality matrix, there was notable consensus with respect to the importance both stakeholders and Zona Franca give to particularly key issues, such as:

These aspects are inherent to Zona Franca activity, and to the chain of value, community and social-labour context in which the organisation pursues its activity. This is just a further example not only of the commitment to, but also of Zona Franca alignment with its stakeholders, while actively listening to them to better target its impact on those strategic points where it has most to offer.

This website uses cookies to improve your experience while you navigate through the website. Out of these cookies, the cookies that are categorized as necessary are stored on your browser as they are essential for the working of basic functionalities of the website. We also use third-party cookies that help us analyze and understand how you use this website. These cookies will be stored in your browser only with your consent. You also have the option to opt-out of these cookies. But opting out of some of these cookies may have an effect on your browsing experience.
Necessary Always Enabled
Necessary cookies are absolutely essential for the website to function properly. This category only includes cookies that ensures basic functionalities and security features of the website. These cookies do not store any personal information.
Non-necessary
Any cookies that may not be particularly necessary for the website to function and is used specifically to collect user personal data via analytics, ads, other embedded contents are termed as non-necessary cookies. It is mandatory to procure user consent prior to running these cookies on your website.
SAVE & ACCEPT