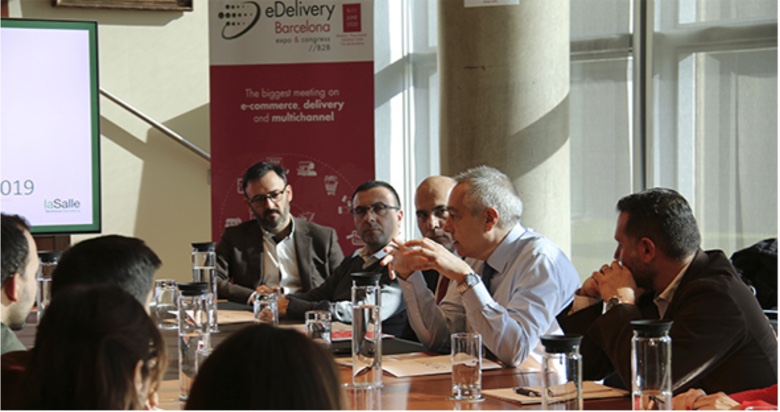 • The 2nd edition of the BMP Accelerator Programme is inaugurated

In this second edition, together with La Salle-URL we select six start-ups to provide them with the resources needed to progress their innovative projects. Emerging companies contacted consolidated undertakings to establish collaborations.

• The 3rd edition of the Acceleration eDelivery Programme kicks off

We closed the 2nd edition of this programme aimed at encouraging the creation of innovative projects. The 8 start-ups that took part had the opportunity to contact with consolidated companies to present their digital novelties. 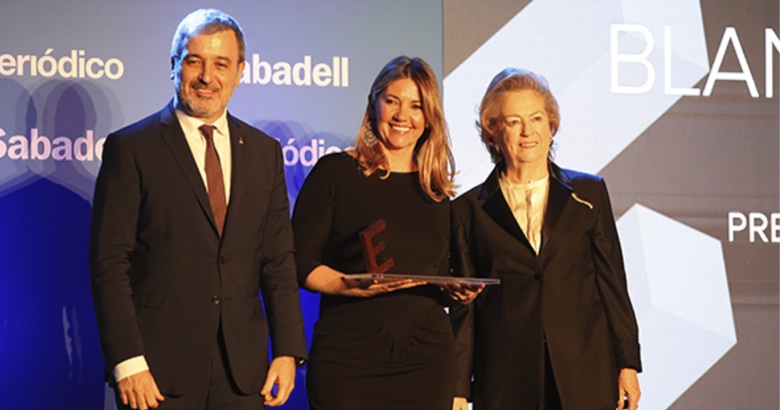 After the cancellation of 4YFN and MWC, Tech Spirit organised networking encounters among entrepreneurs and international investment funds. This initiative sought to fill a void during one of the most important weeks of the year for the local, national and international digital and technological ecosystem.

• Meeting of the SIL Organising Committee

With a view to continue developing and anticipating sector trends and novelties, the Transport, Infrastructures and Intralogistics Committees in the Organising Committee got together. The last edition was reviewed at the meeting and the main issues concerning the sector at present were discussed. 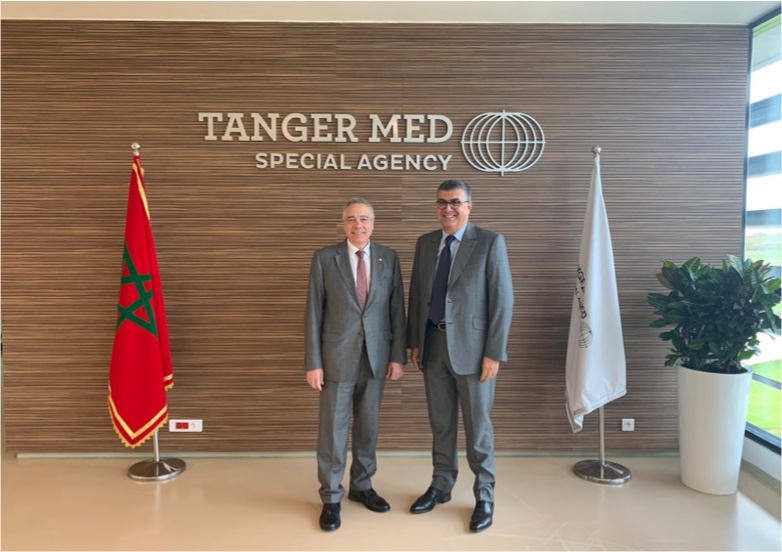 We sent a delegation to Tangier (Morocco) on an intensive schedule of meetings with important local entities and economy drivers. In a mere two days avenues were opened to boost cooperation between Spanish and Moroccan SMEs in the car, logistics and transport industries. This was the first step in the creation of a Mediterranean Zonas Francas platform.

• Blanca Sorigué receives the Equipara award at the Premios Empresa 2019

Blanca Sorigué, our director general, received the Equipara Award at the Premios Empresa 2019. Sorigué received the award for having distinguished herself in the Catalan business world in different ways: for her contribution to gender equality, equal rights and duties and work-life balance. 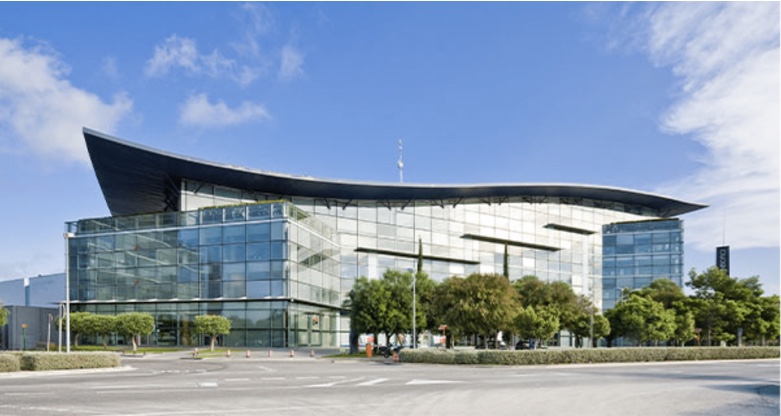 Given the quick spread of COVID-19 and the scarcity of medical material, our alliance with Leitat managed to develop the first ever mass producible ventilator. It was designed to be made with 3D technology, thereby greatly simplifying its components to create a robust, albeit easily producible and assembly friendly, medical device. 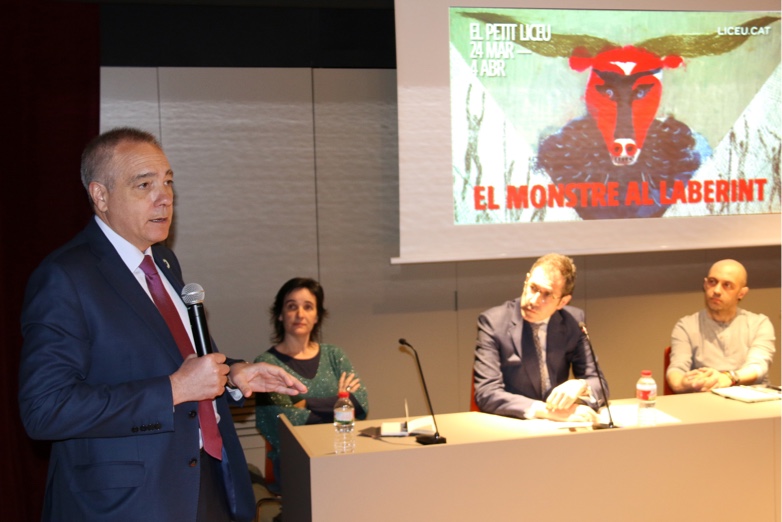 The Gran Teatre del Liceu presented an opera collectively created by over 800 students from 20 Catalan secondary schools. The students participated in the production of El Monstruo del Laberinto, which encourages a passion for the arts among secondary school students. This activity was sponsored by the Consorci to support Quality Education (SDG 4) and because of the message of solidarity conveyed by the work regarding the refugee problem.

• The Consorci takes part in the Tribuna Barcelona breakfast event 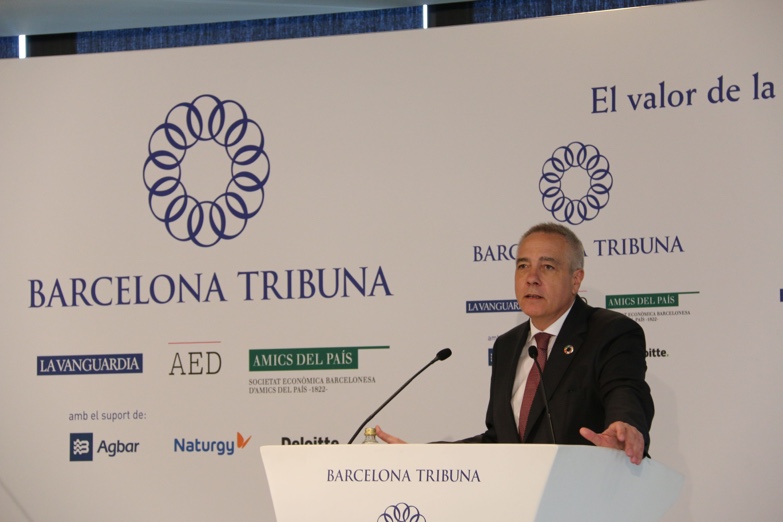 At the event, Pere Navarro announced his strategic plan and the proposed future projects to extend the 3D Incubator and to open DFactory 4.0. As a result of the different conversations held, we committed to collaborating with the city in 4.0 economy promotion projects.

• First meeting to set up the Women’s Council 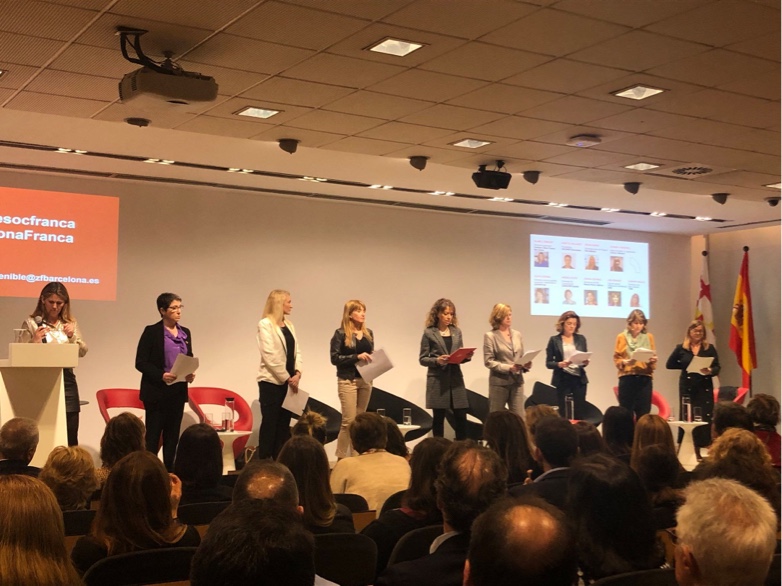 In March, over 100 women from the Zona Franca got together to support a declaration of intent to promote a consultative body dedicated to gender issues. This meeting set the ball rolling to set up the Zona Franca Women’s Council, a pioneer initiative in Spanish industry. 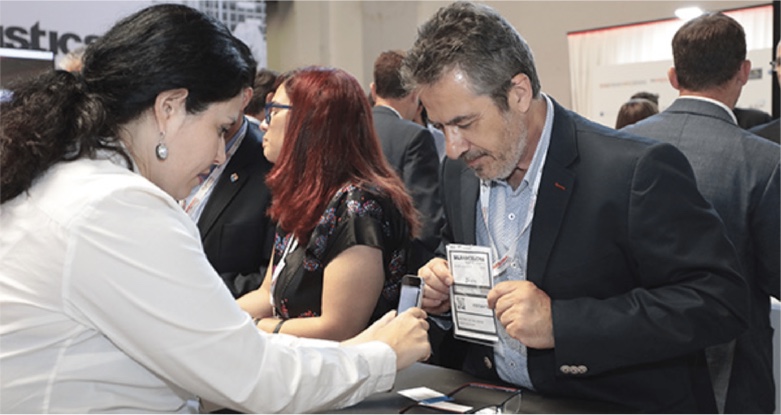 • A start is made on developing the BNEW project

Given the structural changes caused by the pandemic, we set about organising an event that would respond to people’s new needs. To reactivate the economy of the territory and its business fabric, the BNEW project required the coming together of professionals from the main economic sectors to create synergies, business opportunities and to drive innovation. 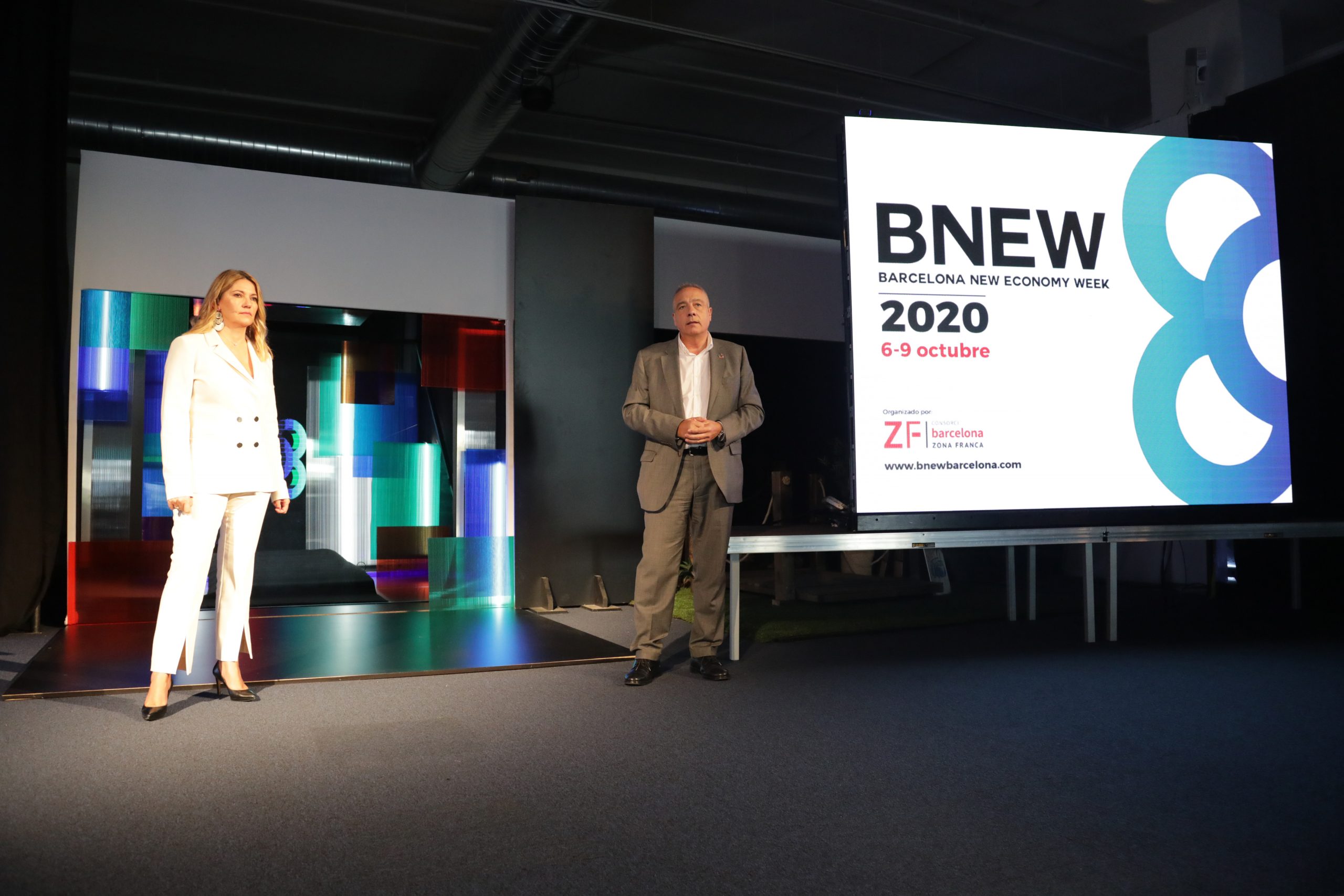 We present the new, innovative and groundbreaking event to the media. An initiative to bring about a new technologies paradigm shift to help reactivate the economy. The Barcelona New Economy Week saw the city become the world capital of the New Economy.

• The Consorci signs up to the “SDGs in associations, city council and companies” event organised by COCEMFE and AMB

Over 60 people took part in and remotely attended the different papers on what are and how to implement the 2030 Agenda 17 Sustainable Development Goals. COCEMFE highlighted disability as a cross-cutting issue in all the UN SDG articles. Accordingly, all of the Goals need to be met to ensure better living conditions for people with a disability.

• Agreement with AMB to build a new hydrogen production, storage and filling station

The agreement concerns the promotion of hydrogen as a new mobility energy source. TMB will be commissioned to build the hydrogen station. It will be built on a 5,000 m lot at the industrial estate and will serve electric passenger and goods transport vehicles in the Barcelona area. We are progressing towards a new, pollutant free, zero-emission mobility. 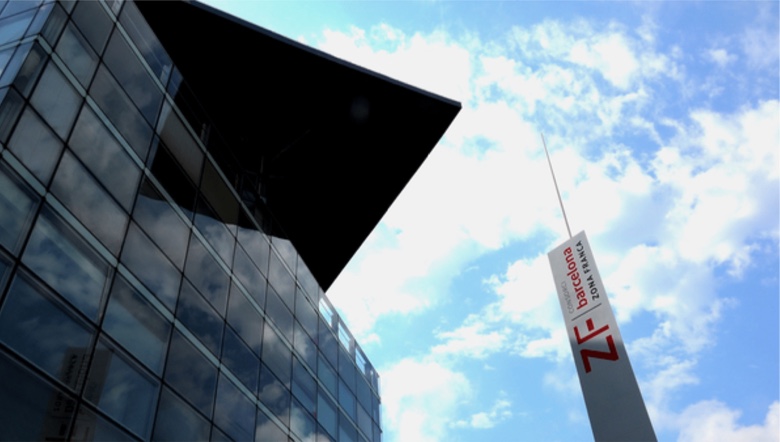 In 2019, we experienced a strategic transformation that had to be reflected in the annual report as well. Which explains why we wanted to design a visually appealing publication that would likewise attract people to learn about the new mission and achievements made. A game-changing report that combines a printed and digital version; one which, most importantly, prizes transparency and readability for our entire audience.

The DFactory association continues to attract collaborators in its endeavour to create an innovation ecosystem. 22@Network has now become one of the entities committed to making Barcelona a focal point of attraction for Industry 4.0 in southern Europe. It is the Barcelona technology benchmark that represents over 200 companies and 45,000 employees.

DFactory and Barcelona Tech City committed to carrying out joint projects to foster and encourage technology transfer both locally and internationally. On foot of this agreement, both entities seek to accelerate the region’s technology ecosystem by means of initiatives such as networking sessions, conferences, workshops, fairs and local and international events. 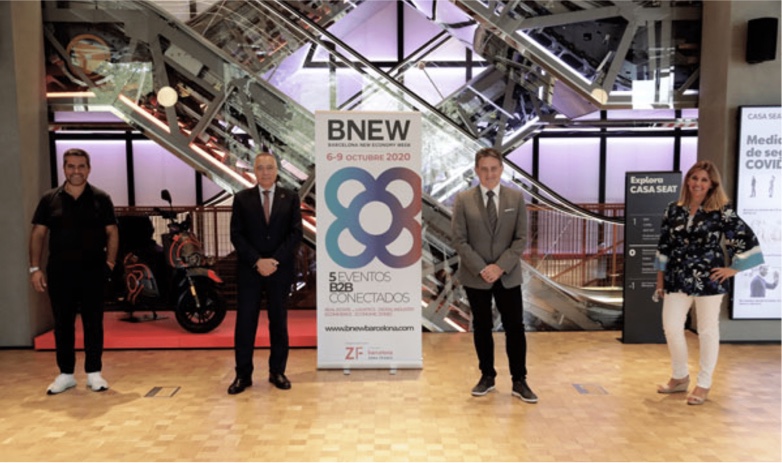 • CZF participates in the Foro Barcelona Capital of Círculo Ecuestre

Pere Navarro took part in this lunch event organised by Círculo Ecuestre. In the course of the discussion different visions as to the possibilities of new technologies were shared and the role these must play in the post-COVID world.

• The Zona Franca Women’s Council is set up 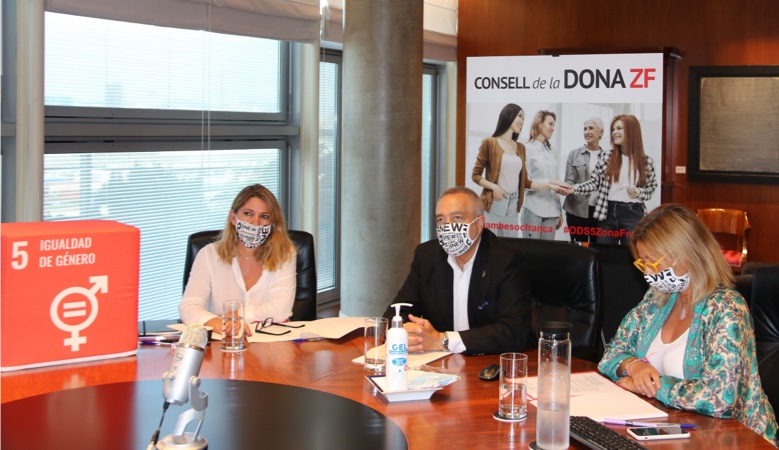 The director general of CZFB, Blanca Sorigué, chaired the foundational meeting of the Zona Franca Women’s Council, composed of executives from eight companies at Zona Franca, namely: Consorci, AMB, CELLNEX, COCEMFE, Covestro, Mercabarna, Nissan and TMB, a company presence it is hoped will extend to others in the area. At this second meeting, the action protocol was discussed that is to be followed to achieve gender equality in the production area.

Members of the jury chose Blanca Sorigué as the award winner. This award recognises her career as director of Consorci de la Zona Franca de Barcelona since 2018, a position she has also held at the International Logistics Exhibition from its beginning. 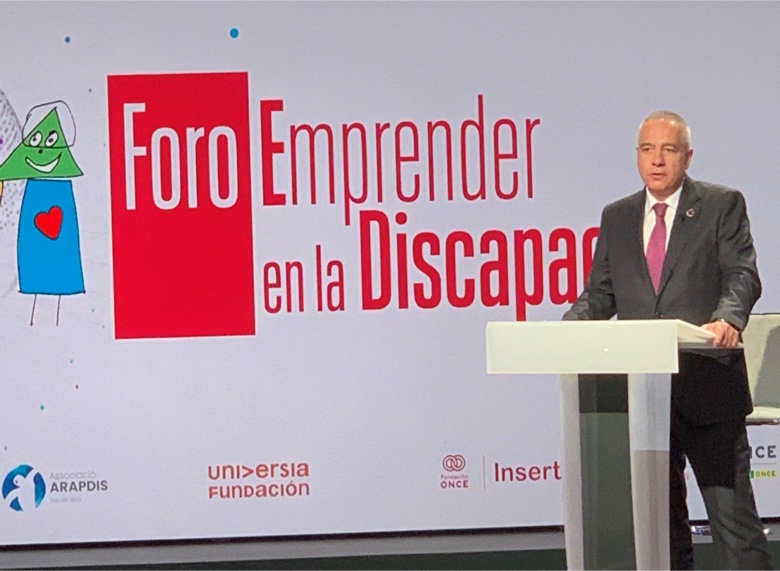 The Consorci, together with Fundación Incyde and Fundación La Caixa, organised the “Emprender en la Discapacidad” Forum to support the inclusion of people with a disability in the labour market. Owing to the COVID pandemic, the original dates for the forum had to be changed. It was finally held at Spanish national television, RTVE, studios at Sant Cugat, posting high viewing figures. 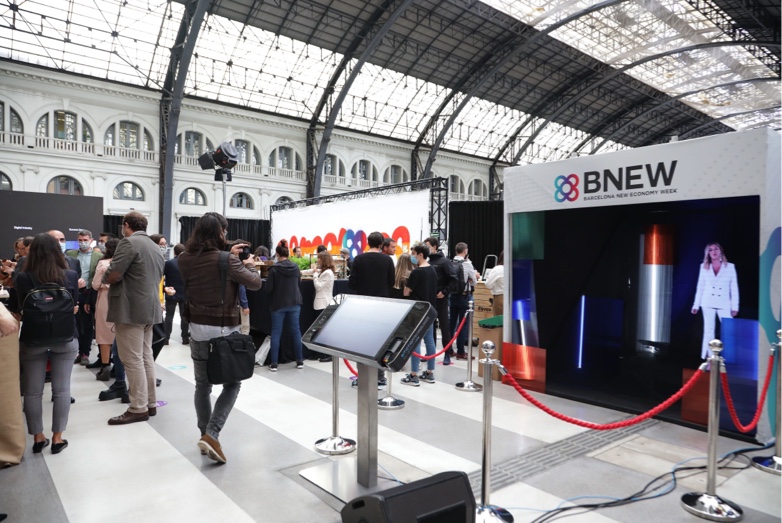 From 6 to 9 October we held the First Edition of Barcelona New Economy Week, registering nearly 11,000 attendees from over 100 different countries. 31% of the participants were international, coming from every continent on earth. 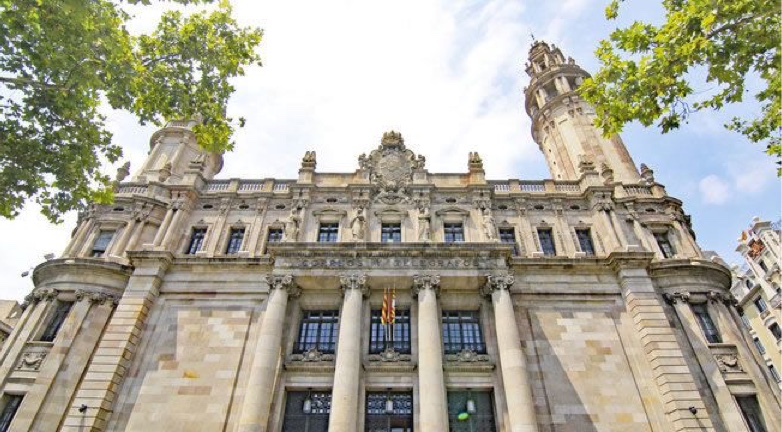 Together with the City Council and the state-owned company Correos, we are participating in the transformation of the central Correos buildings located in plaza Antonio López and calle Ángel Baixeras. An initiative to revitalise Ciutat Vella business and social activity. The space will enable the installation of 150 companies and start-ups in an area dedicated to youth training and high added-value jobs, which has been adapted for the use of 2,000-2,500 people a day. 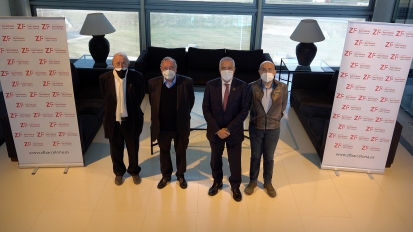 • Scholarships for the Fundación INCYDE enterprise and disability initiative

The Chamber of Commerce of Spain Fundación Incyde scholarships form part of the “Emprender en la Discapacidad” Forum initiative. We at Consorci have signed collaboration protocols with the Fundación, the Federación DINCAT and the Asociación ARAPDIS to promote genuine labour market integration. 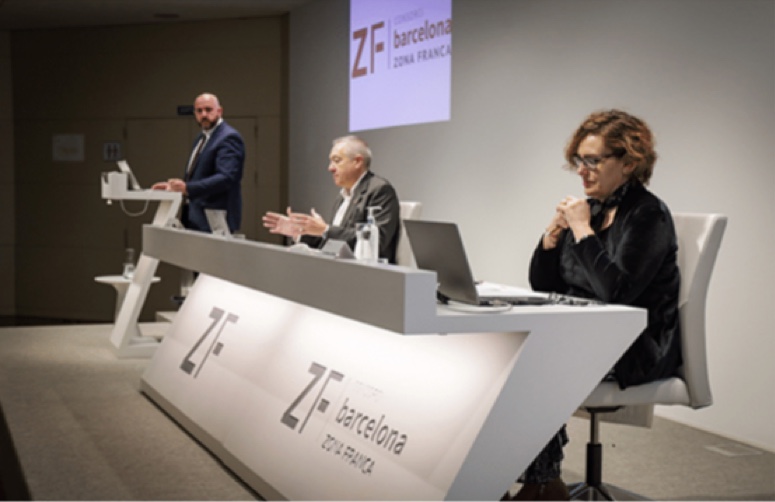 This study analyses the transformation of the main jobs in the logistics sector. It seeks to propose actions to ensure quality and appropriate professional training possibilities in the Barcelona Metropolitan Area.

We sponsored the Fundación’s evening event to raise funds to fight against avoidable blindness. Financial donations will enable 90 people to be operated for cataracts in Mozambique. Thanks to the contributions made, 9,000 children from Mali will have direct access to vision check-ups.

• The Consorci approves the 2021 budget

The profit forecast for 2021 is estimated at €8.6 million. The Consorci will have €26.9 million for investment, while profits will be used for economic promotion purposes. This budget takes into account the first phase of the DFactory BCN technology hub. Early on in the year will also see the extension of the 3D Incubator to be able incubate 100 companies until 2024.

An agreement that will serve to bolster the incorporation of people at risk of exclusion into the labour market. Signing the agreement is aimed at promoting Corporate Social Responsibility. A goal made possible by the Fundación La Caixa Incorpora programme that provides advice on the insertion process for people at risk. 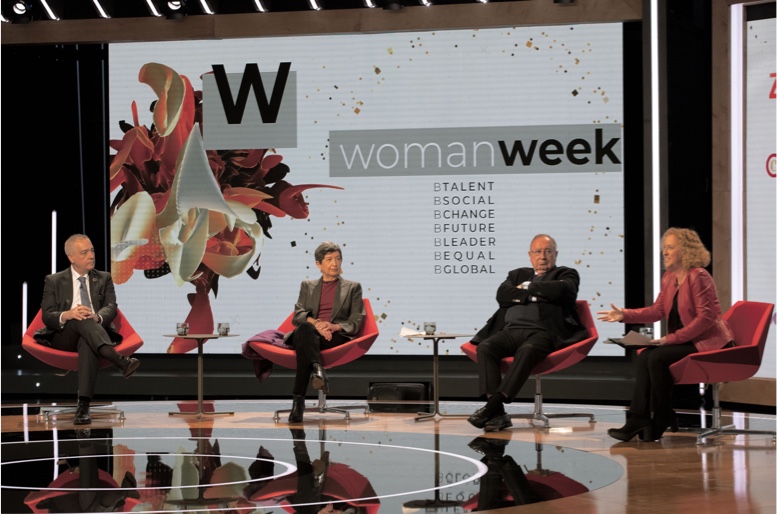 The Consorci presents the Barcelona Woman Acceleration Week, an event targeting talent, training and business leadership as a springboard to drive gender equality. The first edition will be fully virtual and can count on the collaboration of the Zona Franca Women’s Council. The photo shows one of the debates that took place at this year’s event held from 3 to 5 March 2021.

This website uses cookies to improve your experience while you navigate through the website. Out of these cookies, the cookies that are categorized as necessary are stored on your browser as they are essential for the working of basic functionalities of the website. We also use third-party cookies that help us analyze and understand how you use this website. These cookies will be stored in your browser only with your consent. You also have the option to opt-out of these cookies. But opting out of some of these cookies may have an effect on your browsing experience.
Necessary Always Enabled
Necessary cookies are absolutely essential for the website to function properly. This category only includes cookies that ensures basic functionalities and security features of the website. These cookies do not store any personal information.
Non-necessary
Any cookies that may not be particularly necessary for the website to function and is used specifically to collect user personal data via analytics, ads, other embedded contents are termed as non-necessary cookies. It is mandatory to procure user consent prior to running these cookies on your website.
SAVE & ACCEPT